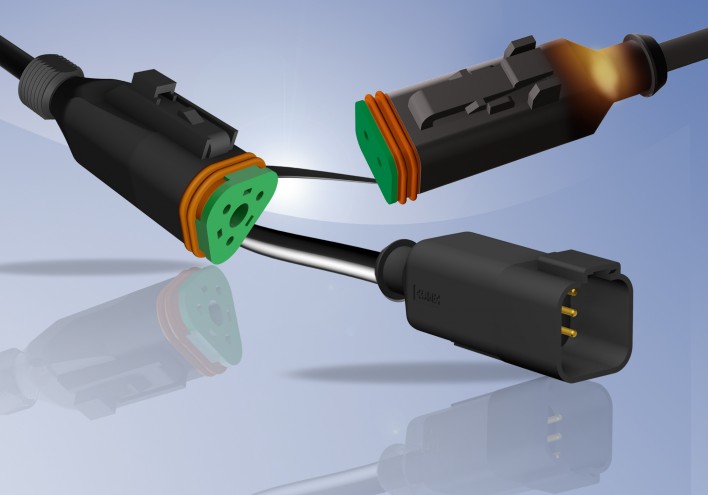 CONEC has extended its portfolio of valve connectors by an overmoulded variant of the DT connector series.

The CONEC series of  DT connectors  assembled in-house and and thus provides optimal protection against external influences in harsh environments, for example in underground applications, low temperatures or in dusty, hot conditions.
The DT connector series is designed as cable to cable connection and it is latched and locked via a latch with the mating connector. To unlock, the latch must be pressed down. Thus a quick and safe IP67 tight connection can be established.

Optionally the overmoulded DT connector series comes with an LED to indicate the signal status and protection circuit. A unique feature is the 360° visibility of the LED. The protection circuit keeps switching and interference voltage away from the LED and connected systems.

Available mounting options that are plugged to the connector housing can be used with the overmoulding as before.
Currently, CONEC DT valve connectors are available as 2-pole and 3-pole versions as male and female connectors..